If you are planting a fruit tree, it is most probably because you would like to have fruit! However, if you don’t have a basic understanding of what pollination is and how it works, you may end up with fruit trees, but no fruit. So, what do you need to understand about pollination?

To explain it in the simplest terms, every kind of fruit and nut begins life as a flower. When you see flowers on your trees in spring, these might be its future fruits! In order for it to transform into a piece of fruit, however, each flower must be fertilised with pollen from another flower. This is what ‘pollination’ means.
The pollen can be transported from one flower to another in a few different ways; the most common being by wind and by insects. Most fruit trees rely on insects, especially bees, to carry pollen from one flower to another. That’s also why bees are so important for the ecosystem as a whole 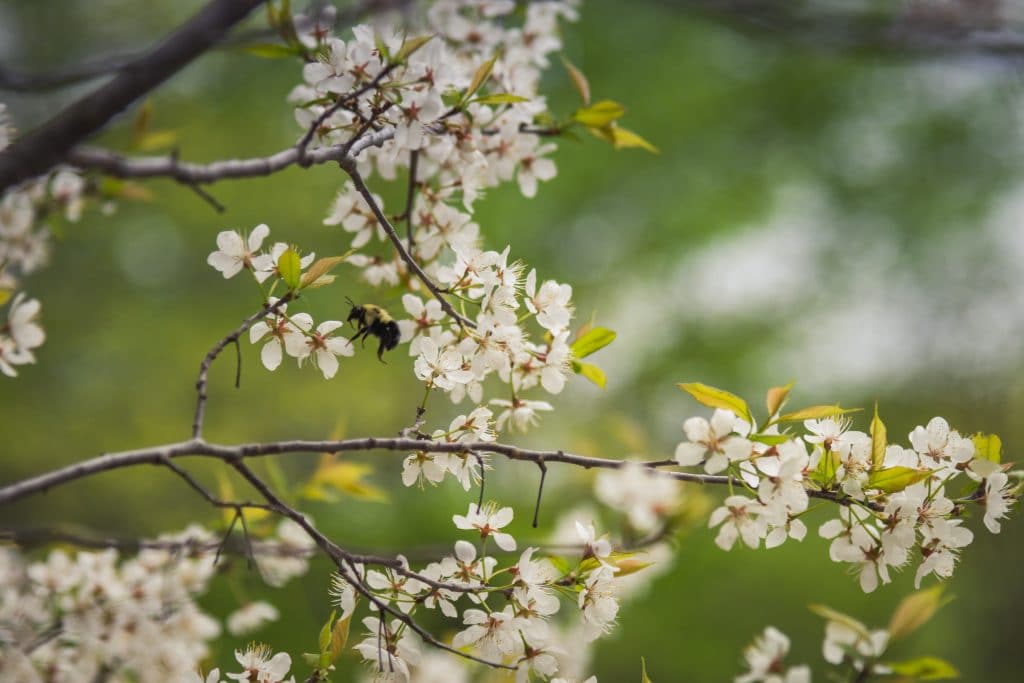 So we know that a pear flower, to take an example, cannot transform into fruit unless it receives pollen from another flower. But can that pollen come from another flower from the same pear tree? The answer is that it depends on the tree.

Certain pear trees can fertilise themselves: that is, if a bee takes pollen from one flower and moves it to another flower of the same pear tree, that flower may be fertilised and grow into fruit. The tree is then called ‘self-fertile’.

In the case of many pear trees, however, the pollen must come from the flower of a different pear tree (known as a ‘pollinator’) – or else the flowers will not be fertilised and there will be no fruit. The kind of tree that cannot fertilise its own flowers, and needs pollen from a different tree, is called ‘self-sterile.’

So in practical terms, a self-fertile tree can produce fruit even when it is alone.
On the other hand, if a self-sterile tree is alone without a pollinator, it will produce flowers, but the flowers will never turn into fruit.

It is also worth noting that even when a tree is designated ‘self-fertile’ it will still give greater yields with a pollinator. In general, the more genetic diversity around, the more fruit your trees will produce.

What counts as a ‘pollinator’?

In both cases the answer is no.

The first rule of pollination is that if a tree is self-sterile – like the Collet apple tree – then another copy of that exact same tree will not work as a pollinator. Since the two Collet apple trees are genetically identical, it just gives the same effect as having one bigger Collet apple tree. You need a different apple tree.

In general, what you need to remember is that in the case of grafted trees like apple and pear, or any specific fruit cultivar, you need a different tree of the same type to act as a pollinator. 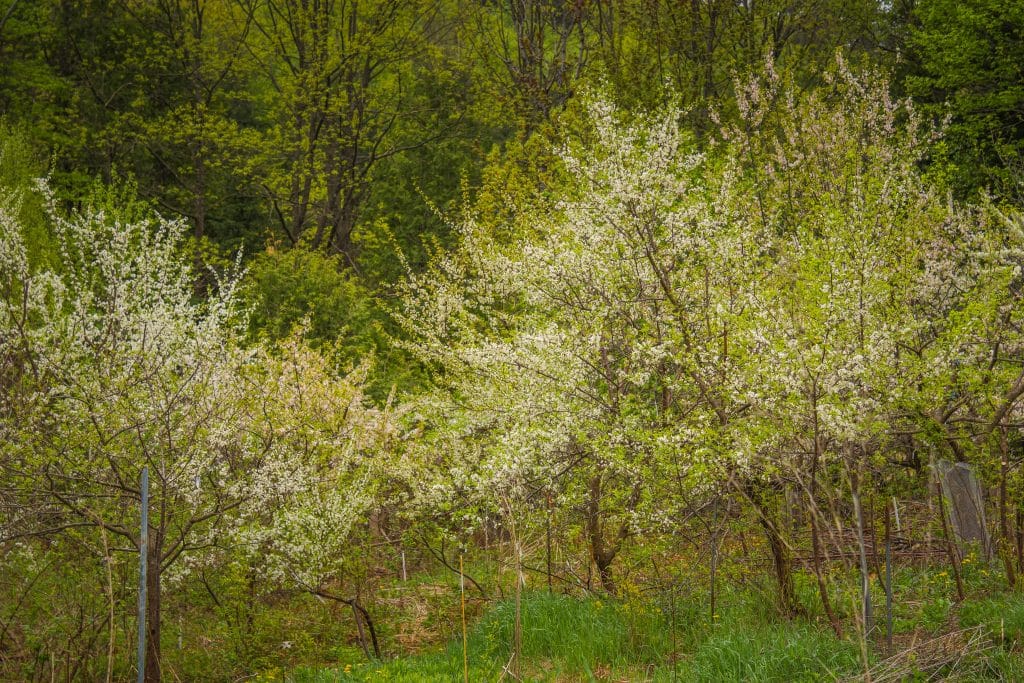 Moreover (this is the main difference from other fruit trees), they are not good pollinators for one another. Even if you plant two different cultivars next to each other, you are unlikely to harvest any fruit. Instead, these hybrid plum trees need a wild plum tree to pollinate them: either the Canada plum (Prunus nigra) which is considered the best pollinator, or the American plum (Prunus americana) which also works well. So if you intend to plant plum trees, you must also plant at least one of these nearby, unless of course you already happen to have one. One wild plum tree is enough to pollinate up to around five grafted plum trees.

Some examples of pollination partners: